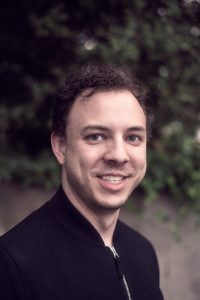 Crosmer is a remarkable young artist, both as a cellist and a composer. Crosmer completed multiple graduate degrees from the University of Michigan in cello, composition and theory pedagogy, and received his Doctor of Musical Arts in 2012 at age 24. From 2012 to 2017 he served as the Assistant Principal cellist in the Grand Rapids Symphony and joined the Detroit Symphony Orchestra in May of 2017. He is the composer and arranger for the GRS Music for Health Initiative, which pairs symphonic musicians with music therapists to bring classical music to hospitals. Crosmer is a founding member of the modern music ensemble Latitude 49, and a current member of the band ESME, a pop-classical mash-up duo that released its first CD in December of 2016. Crosmer was awarded the prestigious Theodore Presser Graduate Music Award to publish, record and perform his Crosmer-Popper duets. Crosmer has taught music theory, pre-calculus and cello at universities across Michigan. He is currently on faculty at Oakland University.

Online ticket sales for this event are closed.